Everyone knows someone with a homosexual orientation: a neighbor, co-worker, relative or friend. "Coming Out Straight" sheds light on a long misunderstood subject. Questions such as what causes same-sex attractions and how one can transition from gay to straight are addressed. Illustrated by those who successfully transitioned, this book is engrossing, illuminating, and for many, an answer to their prayers. Although it may create controversy, it is destined to heal many lives - a loved one...or maybe yours!

SOMEONE YOU KNOW NEEDS THIS BOOK! Everyone knows someone with a homosexual orientation-a neighbor, co-worker, relative, or friend. Coming Out Straight sheds light on a long misunderstood subject. Questions such as what causes same-sex attraction and how one can transition from gay to straight are addressed. Illustrated by those who successfully transitioned, this book is engrossing, illuminating, and for many, an answer to prayer. Although it may create controversy, it is destined to heal many lives-a loved one ... or maybe yours! Richard Cohen, a former homosexual, now married to his wife with three children, struggled for many years with unwanted same-sex attraction. He tried desperately to find professionals who understood his condition and help him heal. Because "it was so difficult to explain myself to therapists who didn't have a clue," Cohen eventually became a psychotherapist and developed a groundbreaking understanding of same-sex attraction and comprehensive plan for healing. Coming Out Straight not only details Cohen's personal journey out of homosexuality, but also recounts his experiences over the past 25 years helping thousands of men and women resolve their unwanted same-sex attraction and fulfill their heterosexual potential. "Richard Cohen shares his compelling personal story in which he journeys from homosexuality to a new life as husband and father. The transition has offered him valuable insights into the nature and healing of same-sex attractions." --Joseph Nicolosi, Ph.D. Author, Reparative Therapy of Male Homosexuality "This book is a testament to a heroic and successful struggle to regain one's heterosexual identity. It gives hope to many." --Charles Socarides, M.D. Author, Homosexuality: A Freedom Too Far "In his self-help book...ex-gay therapist Cohen writes for gays and lesbians who want to transition to heterosexuality. His comprehensive, well-written, well-organized, and heavily referenced guide views homosexuality as a symptom of disrupted affiliation with the same-sex parent and incomplete feelings of maleness/femaleness, building on the psychological theories of Joseph Nicolosi and Elizabeth Moberly." --Library Journal, Volume 126, No. 12, July 2001

The Other Side of the Closet 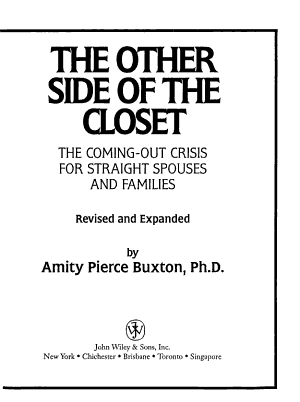 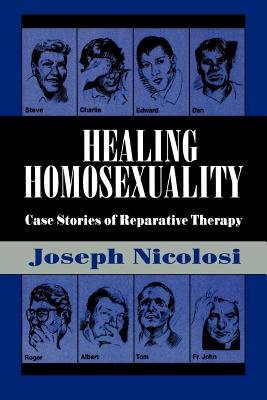 In 1973, when all the arguments were presented to the American Psychiatric Association both for and against the idea of homosexuality as pathology, it was the personal disclosures of gay men that had the most influence. Listening to their stories of frustration in treatment–and their newfound happiness through acceptance of a gay identity–the American Psychiatric Association voted to omit homosexuality as a diagnostic category. Now, twenty years later, Dr. Joseph Nicolosi presents the opposite kind of personal testimony. This testimony is from homosexual men who have tried to accept a gay identity but were dissatisfied, and then benefitted from psychotherapy to help free them of homosexuality. While each client has his unique story, Nicolosi has chosen eight men as representative of the personalities he has encountered in the twelve years during which he has treated over 200 homosexual clients. These men are engaged in a "two-front war"–an internal assault against their own unwanted desires, and an external battle against a popular culture that does not understand or value their struggle. In their own words, we hear these men's struggles to develop healthy, non-erotic male friendships. We hear of their fear and anger toward the men in their lives, and their strained relationships with the fathers they never understood. Nicolosi contends that every man possesses aspects of these clients: The frailty of Albert, the integrity of Charlie, the rage of Dan, the narcissism of Steve, and the ambivalence of Roger, to list some of them. Some readers of this book may be surprised by the directive style of Dr. Nicolosi's therapeutic intervention. In part, this is due to the editorial synthesis of the transcript. More importantly, however, reparative therapy does require a more involved therapist–a benevolent provocateur who departs from the tradition of uninvolved, opaque analyst to become a salient male presence. The therapist must balance active challenge with warm encouragement to follow the father-son model. T

Like most young girls of her time, Audrey Kouyoumdjian dreamed of marrying a handsome successful man, getting a good education and job and starting a family. All of this came to pass, but with a life altering surprise. While studying to be a physiotherapist, Audrey had a special relationship with her roommate and best friend. She didn't realize just how special it was, but as time passed and the relationship got much stronger, the woman explained it to her....with a kiss. There was no name for this newfound love, and there was no conversation around it. They just knew they had to design their lives so that they could spend time together, while maintaining their marriages and dreams of having children. In this tell-all expose, you have the opportunity to immerse yourself in the twists and turns of the secret world of double lives, deception, and unbridled passion. Along the way, you'll awaken your own courage to change situations you thought were permanent, and ultimately live your authentic life of joy and good health. This book will appeal to you if you have ever had a secret, or want to understand what it's like to live with one. 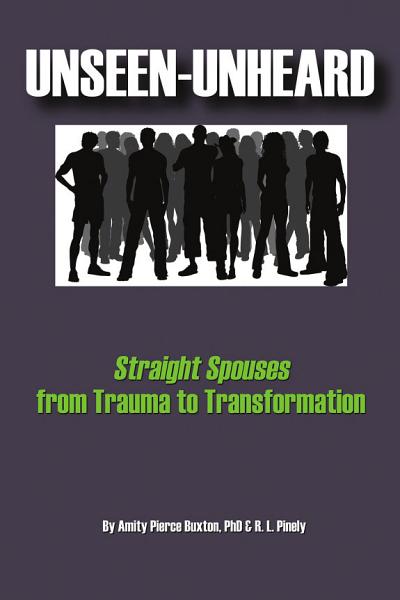 When presumably heterosexual spouses turn out to be gay, lesbian, bisexual, or transgender, the unexpected revelation overshadows its devastating impact on their straight wives and husbands. Unseen-Unheard opens the window on their remarkable journeys from trauma to transformation. What would you do if your husband said he'd fallen in love with a man or thinks he might be gay or bisexual, or you discovered your wife's texts, photos, or emails indicating she has a female lover and wonders if she might be lesbian or bisexual? Well, this happens, a shattering reality that at least two million men and women have faced and tried to understand and accept, even as we were unseen and our voices unheard. Who are we? We are husbands and wives left behind when our spouses came out or after we discovered they were gay, lesbian, bisexual, or transgender. Shocked and paralyzed, swirling in the devastating wake of our beloveds' revelation, we had to pick up unrecognizable pieces of our former lives and try to reconfigure them without much outside support, recognition, or understanding of the depth of the crisis. Yes, straight spouses typically cope alone with unique issues of sexuality, betrayal, and broken belief systems. Slowly, we redefine ourselves, create new lives, affirm the joy of living, and reap life's infinite possibilities. We invite you to walk with us and experience our journey from the first desperate cries of discovery or disclosure to insights and wisdom gained as we resolve our issues and transform our lives. As you observe and listen, we hope you will embrace the courage, creativity, and resilience of our strength, which we didn't know we had, yet was so powerful that lifelong habits were broken and we uniquely and marvelously became who we were meant to be. About the Authors: Amity Pierce Buxton, her Ph.D. from Columbia University, has taught grades pre-school through graduate school. Member of the American Psychological Association, she serves on the editorial boards of the Journal of Bisexuality and the Journal of GLBT Family Studies and on the board of the Catholic Association for Gay and Lesbian Ministry. She wrote The Other Side of the Closet: the Coming-Out Crisis for Straight Spouses and Families and founded the worldwide Straight Spouse Network. Currently, she counsels spouses and couples, conducts research, writes articles and chapters, lectures, and gives workshops on all aspects of the impact of a spouse's coming out in a mixed-orientation or transgender/non-transgender marriage. R. L. Pinely writes, -Collaborating with Amity to write this book has been an amazing journey. Absorbing her expertise has been a rare privilege as we lived vicariously through the lives of others and walked in their shoes. As owner of an online support group, I'm so thankful that I have the opportunity every day to pass along her wisdom, insight, experience, and understanding to nearly 3,000 women.- Visit the Straight Spouse Network website: www.straightspouse.org

"According to Leanne Payne, there is if homosexuality is seen for what it really is, and is then dealt with in light of Scripture - as a condition to be repented of, forgiven, and healed through Christ." "Written with the author's usual depth and compassion, this book brings a message of hope to those who suffer from homosexual neurosis and teaches those who minister to them how to pray effectively for their healing. Leanne Payne uncovers the root problems of homosexuality, reveals the major barriers to inner healing, and tells how healing prayer is the key to experiencing Christ's forgiveness and recovering a true sexual identity."--BOOK JACKET.Title Summary field provided by Blackwell North America, Inc. All Rights Reserved 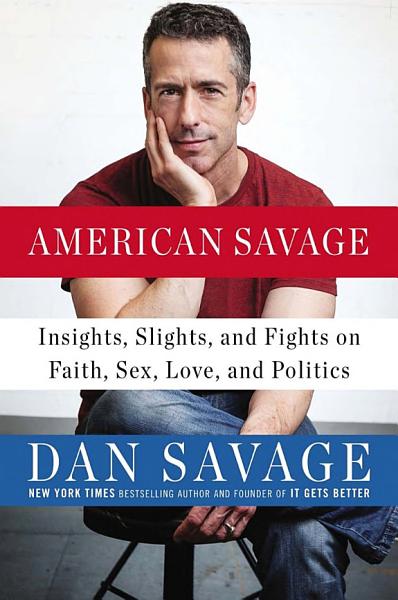 The sex-advice columnist for "Savage Love" draws on his experience with the It Gets Better campaign to share pithy insights into a range of topics including health care, gun control, and marriage equality.

Simon vs. the Homo Sapiens Agenda 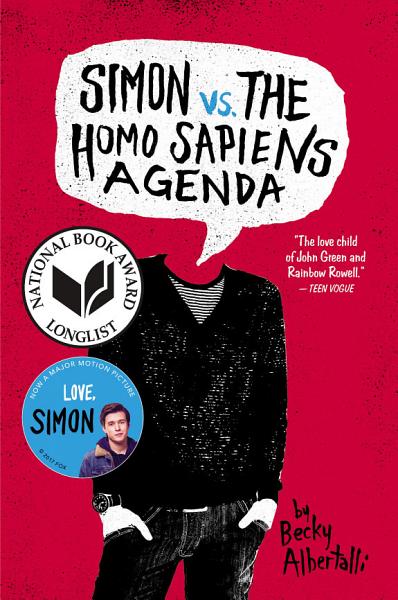 Now a major motion picture: Love, Simon, starring Nick Robinson and Katherine Langford! This edition includes new Simon and Blue emails, a behind-the-scenes scrapbook from the Love, Simon movie set, and Becky Albertalli in conversation with fellow authors Adam Silvera and Angie Thomas. William C. Morris Award Winner: Best Young Adult Debut of the Year * National Book Award Longlist "A remarkable gift of a novel."—Andrew Smith, author of Grasshopper Jungle "I am so in love with this book."—Nina LaCour, author of Hold Still "Feels timelessly, effortlessly now."—Tim Federle, author of Better Nate Than Ever "The best kind of love story."—Alex Sanchez, Lambda Award-winning author of Rainbow Boys and Boyfriends with Girlfriends Sixteen-year-old and not-so-openly gay Simon Spier prefers to save his drama for the school musical. But when an email falls into the wrong hands, his secret is at risk of being thrust into the spotlight. Now change-averse Simon has to find a way to step out of his comfort zone before he's pushed out—without alienating his friends, compromising himself, or fumbling a shot at happiness with the most confusing, adorable guy he's never met. Incredibly funny and poignant, this twenty-first-century coming-of-age, coming out story—wrapped in a geek romance—is a knockout of a debut novel by Becky Albertalli. Plus don't miss Yes No Maybe So, Becky Albertalli's and Aisha Saeed's heartwarming and hilarious new novel, coming in 2020!

A former Chicago Public School teacher breaks all the rules in this new self-help book for gay men that will empower homosexuals and educate heterosexuals. Setfrey goes beyond the hysteria and the hype of the down low and takes on the contradictions in the Bible that Christians use to justify their oppression of homosexuals. A no-holds-barred, yet often funny, look at homosexual stereotypes that is definitely a "Must Read" for all regardless of race, sex, class, age, or sexual orientation. Original.