Dancer From The Dance

Dancer from the Dance 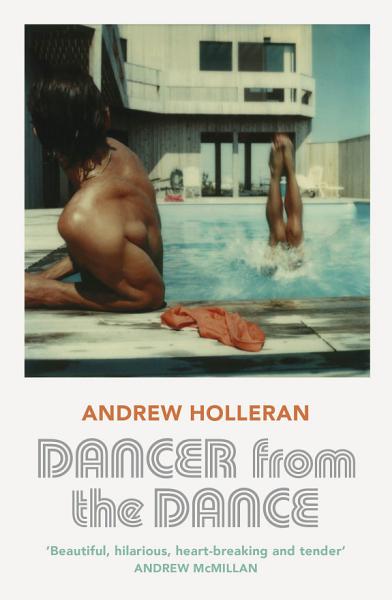 WITH AN INTRODUCTION BY ALAN HOLLINGHURST ‘Astonishingly beautiful... The best gay novel written by anyone of our generation’ Harpers ‘A life changing read for me. Describes a New York that has completely disappeared and for which I longed - stuck in closed-on-Sunday's London’ Rupert Everett Young, divinely beautiful and tired of living a lie, Anthony Malone trades life as a seemingly straight, small town lawyer for the disco-lit decadence of New York’s 1970's gay scene. Joining an unbridled world of dance parties, saunas, deserted parks and orgies – at its centre Malone befriends the flamboyant queen, Sutherland, who takes this new arrival under his preened wing. But for Malone, the endless city nights and Fire Island days, are close to burning out. It is love that Malone is longing for, and soon he will have to set himself free. First published in 1978, Dancer from the Dance is widely considered the greatest, most exciting novel of the post-Stonewall generation. Told with wit, eroticism and unashamed lyricism, it remains a heart-breaking love letter to New York's hedonistic past, and a testament to the brilliance of our passions as they burn brightest.

The Dancer from the Dance 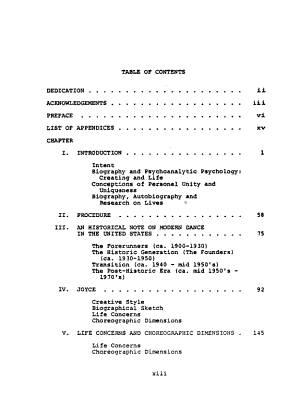 Dancer from the dance 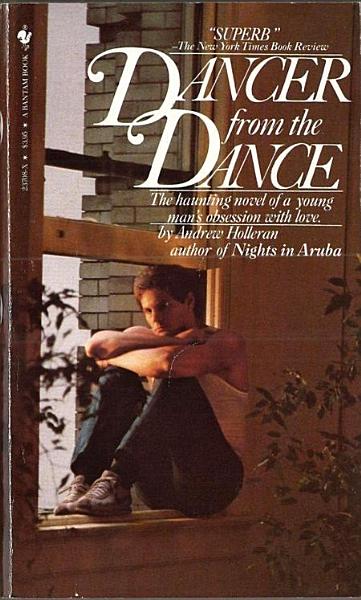 One of the most important works of gay literature, this haunting, brilliant novel is a seriocomic remembrance of things past -- and still poignantly present. It depicts the adventures of Malone, a beautiful young man searching for love amid New York's emerging gay scene. From Manhattan's Everard Baths and after-hours discos to Fire Island's deserted parks and lavish orgies, Malone looks high and low for meaningful companionship. The person he finds is Sutherland, a campy quintessential queen -- and one of the most memorable literary creations of contemporary fiction. Hilarious, witty, and ultimately heartbreaking, Dancer from the Dance is truthful, provocative, outrageous fiction told in a voice as close to laughter as to tears. About the Author Andrew Holleran, a Harvard graduate, is a well-known journalist and frequent contributor to major gay publications. Dancer from the Dance, his first novel, was originally published in 1978 to great critical acclaim. He is also the author of Nights in Aruba, The Beauty of Men, Ground Zero, In the Mirror of Men's Eyes, and In September, the Light Changes. 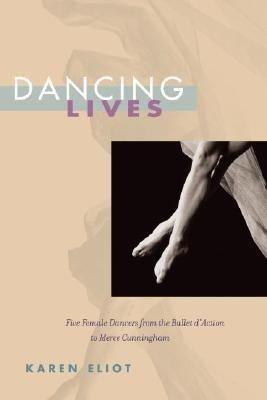 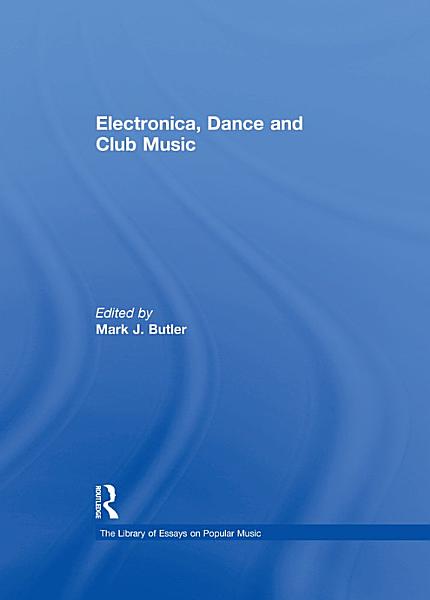 Discos, clubs and raves have been focal points for the development of new and distinctive musical and cultural practices over the past four decades. This volume presents the rich array of scholarship that has sprung up in response. Cutting-edge perspectives from a broad range of academic disciplines reveal the complex questions provoked by this musical tradition. Issues considered include aesthetics; agency; 'the body' in dance, movement, and space; composition; identity (including gender, sexuality, race, and other constructs); musical design; place; pleasure; policing and moral panics; production techniques such as sampling; spirituality and religion; sub-cultural affiliations and distinctions; and technology. The essays are contributed by an international group of scholars and cover a geographically and culturally diverse array of musical scenes.

How Can We Know the Dancer from the Dance?

The Dancer and the Dance

Leading dance innovator Merce Cunningham not only describes his development as a dancer and choreographer, but also discusses individual compositions--including Torse, Inlets and Squaregame--revealing a great deal about his collaborations with such modern masters as John Cage, Robert Rauschenberg, David Tudor, Jasper Johns and Morris Graves. 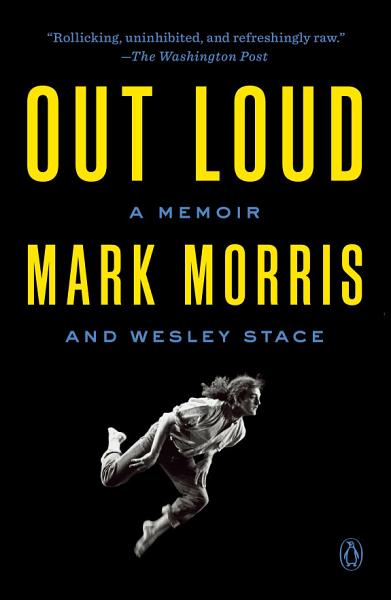 From the most brilliant and audacious choreographer of our time, the exuberant tale of a young dancer’s rise to the pinnacle of the performing arts world, and the triumphs and perils of creating work on his own terms—and staying true to himself Before Mark Morris became “the most successful and influential choreographer alive” (The New York Times), he was a six year-old in Seattle cramming his feet into Tupperware glasses so that he could practice walking on pointe. Often the only boy in the dance studio, he was called a sissy, a term he wore like a badge of honor. He was unlike anyone else, deeply gifted and spirited. Moving to New York at nineteen, he arrived to one of the great booms of dance in America. Audiences in 1976 had the luxury of Merce Cunningham’s finest experiments with time and space, of Twyla Tharp’s virtuosity, and Lucinda Childs's genius. Morris was flat broke but found a group of likeminded artists that danced together, travelled together, slept together. No one wanted to break the spell or miss a thing, because “if you missed anything, you missed everything.” This collective, led by Morris’s fiercely original vision, became the famed Mark Morris Dance Group. Suddenly, Morris was making a fast ascent. Celebrated by The New Yorker’s critic as one of the great young talents, an androgynous beauty in the vein of Michelangelo’s David, he and his company had arrived. Collaborations with the likes of Mikhail Baryshnikov, Yo-Yo Ma, Lou Harrison, and Howard Hodgkin followed. And so did controversy: from the circus of his tenure at La Monnaie in Belgium to his work on the biggest flop in Broadway history. But through the Reagan-Bush era, the worst of the AIDS epidemic, through rehearsal squabbles and backstage intrigues, Morris emerged as one of the great visionaries of modern dance, a force of nature with a dedication to beauty and a love of the body, an artist as joyful as he is provocative. Out Loud is the bighearted and outspoken story of a man as formidable on the page as he is on the boards. With unusual candor and disarming wit, Morris’s memoir captures the life of a performer who broke the mold, a brilliant maverick who found his home in the collective and liberating world of music and dance. 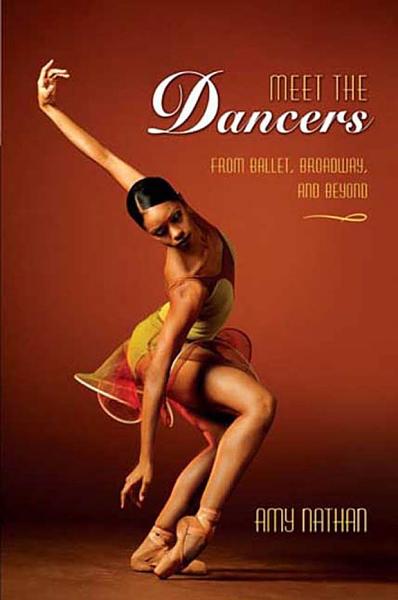 Lots of kids enjoy dancing, but what motivates them to push past the sore muscles, early-morning technique classes, and crazy schedule required to become a professional dancer? In this book, dancers from many backgrounds talk about their different paths to success in ballet, modern, jazz, Broadway, and hiphop. They also share advice and helpful tips, such as: • practice interpreting the music and the mood of a movement, even when you're doing a standard warm-up exercise • try to be in the front row at auditions so you can see what's going on and so the judges know you're eager to be seen

Out of the Shadows 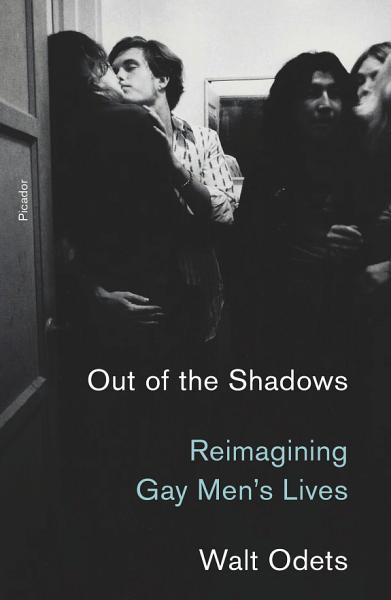 A moving exploration of how gay men construct their identities, fight to be themselves, and live authentically It goes without saying that even today, it’s not easy to be gay in America. While young gay men often come out more readily, even those from the most progressive of backgrounds still struggle with the legacy of early-life stigma and a deficit of self-acceptance, which can fuel doubt, regret, and, at worst, self-loathing. And this is to say nothing of the ongoing trauma wrought by AIDS, which is all too often relegated to history. Drawing on his work as a clinical psychologist during and in the aftermath of the epidemic, Walt Odets reflects on what it means to survive and figure out a way to live in a new, uncompromising future, both for the men who endured the upheaval of those years and for the younger men who have come of age since then, at a time when an HIV epidemic is still ravaging the gay community, especially among the most marginalized. Through moving stories—of friends and patients, and his own—Odets considers how experiences early in life launch men on trajectories aimed at futures that are not authentically theirs. He writes to help reconstruct how we think about gay life by considering everything from the misleading idea of “the homosexual,” to the diversity and richness of gay relationships, to the historical role of stigma and shame and the significance of youth and of aging. Crawling out from under the trauma of destructive early-life experience and the two epidemics, and into a century of shifting social values, provides an opportunity to explore possibilities rather than live with limitations imposed by others. Though it is drawn from decades of private practice, activism, and life in the gay community, Odets’s work achieves remarkable universality. At its core, Out of the Shadows is driven by his belief that it is time that we act based on who we are and not who others are or who they would want us to be. We—particularly the young—must construct our own paths through life. Out of the Shadows is a necessary, impassioned argument for how and why we must all take hold of our futures.