Look At You Now My Journey From Shame To Strength

Look at You Now 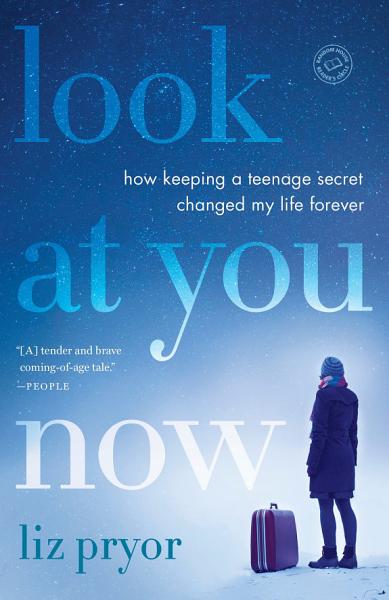 "The author describes her experience hidden away by her wealthy Chicago parents in a dreary government facility for impoverished pregnant teens after she discovered she was accidentally expecting at age 17 in 1979,"--NoveList. 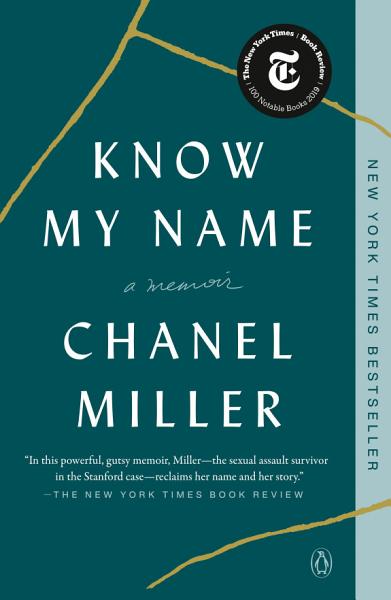 Universally acclaimed, rapturously reviewed, winner of the National Book Critics Circle Award for autobiography, and an instant New York Times bestseller, Chanel Miller's breathtaking memoir "gives readers the privilege of knowing her not just as Emily Doe, but as Chanel Miller the writer, the artist, the survivor, the fighter." (The Wrap). "I opened Know My Name with the intention to bear witness to the story of a survivor. Instead, I found myself falling into the hands of one of the great writers and thinkers of our time. Chanel Miller is a philosopher, a cultural critic, a deep observer, a writer's writer, a true artist. I could not put this phenomenal book down." --Glennon Doyle, #1 New York Times bestselling author of Love Warrior and Untamed "Know My Name is a gut-punch, and in the end, somehow, also blessedly hopeful." --Washington Post She was known to the world as Emily Doe when she stunned millions with a letter. Brock Turner had been sentenced to just six months in county jail after he was found sexually assaulting her on Stanford's campus. Her victim impact statement was posted on BuzzFeed, where it instantly went viral--viewed by eleven million people within four days, it was translated globally and read on the floor of Congress; it inspired changes in California law and the recall of the judge in the case. Thousands wrote to say that she had given them the courage to share their own experiences of assault for the first time. Now she reclaims her identity to tell her story of trauma, transcendence, and the power of words. It was the perfect case, in many ways--there were eyewitnesses, Turner ran away, physical evidence was immediately secured. But her struggles with isolation and shame during the aftermath and the trial reveal the oppression victims face in even the best-case scenarios. Her story illuminates a culture biased to protect perpetrators, indicts a criminal justice system designed to fail the most vulnerable, and, ultimately, shines with the courage required to move through suffering and live a full and beautiful life. Know My Name will forever transform the way we think about sexual assault, challenging our beliefs about what is acceptable and speaking truth to the tumultuous reality of healing. It also introduces readers to an extraordinary writer, one whose words have already changed our world. Entwining pain, resilience, and humor, this memoir will stand as a modern classic. Chosen as a BEST BOOK OF 2019 by The New York Times Book Review, The Washington Post, TIME, Elle, Glamour, Parade, Chicago Tribune, Baltimore Sun, BookRiot

I Thought it was Just Me (but it Isn't) 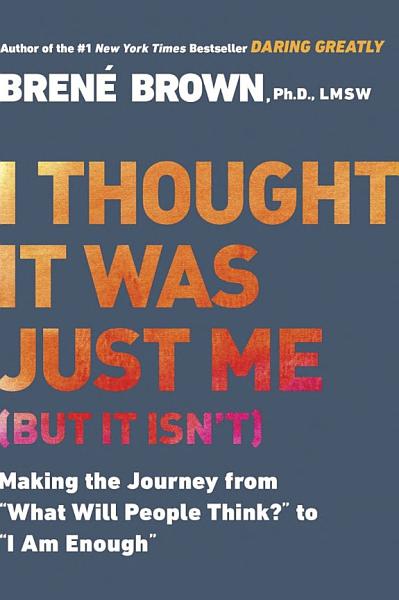 Draws on research with hundreds of interviewees to identify the pervasive influence of cultural shame, discussing how women can recognize the ways in which shame influences their health and relationships and can be transformed into courage and connectivity.

The Odyssey of Homer 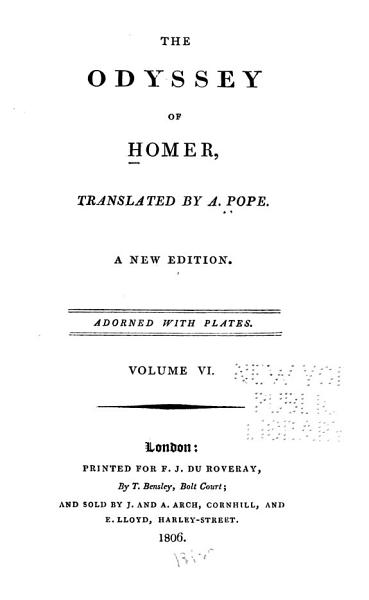 I Want You to Know We're Still Here 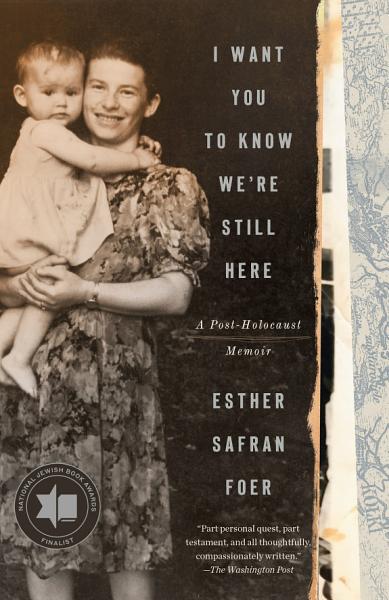 “A beautiful exploration of collective memory and Jewish history.”—Nathan Englander “Esther Safran Foer is a force of nature: a leader of the Jewish people, the matriarch of America’s leading literary family, an eloquent defender of the proposition that memory matters. And now, a riveting memoirist.”—Jeffrey Goldberg, editor in chief of The Atlantic Esther Safran Foer grew up in a home where the past was too terrible to speak of. The child of parents who were each the sole survivors of their respective families, for Esther the Holocaust loomed in the backdrop of daily life, felt but never discussed. The result was a childhood marked by painful silences and continued tragedy. Even as she built a successful career, married, and raised three children, Esther always felt herself searching. So when Esther’s mother casually mentions an astonishing revelation—that her father had a previous wife and daughter, both killed in the Holocaust—Esther resolves to find out who they were, and how her father survived. Armed with only a black-and-white photo and a hand-drawn map, she travels to Ukraine, determined to find the shtetl where her father hid during the war. What she finds reshapes her identity and gives her the opportunity to finally mourn. I Want You to Know We’re Still Here is the poignant and deeply moving story not only of Esther’s journey but of four generations living in the shadow of the Holocaust. They are four generations of survivors, storytellers, and memory keepers, determined not just to keep the past alive but to imbue the present with life and more life. 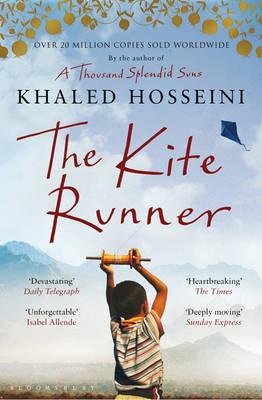 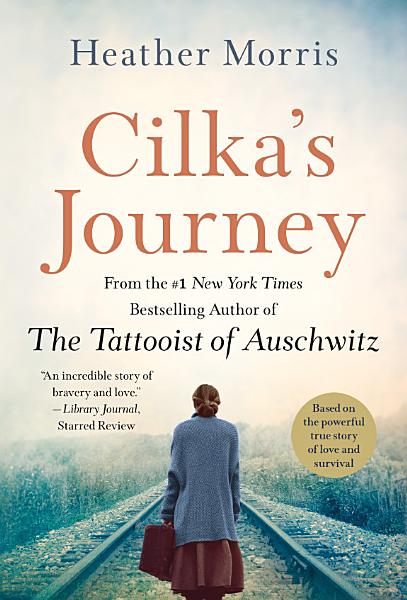 From the author of the multi-million copy bestseller The Tattooist of Auschwitz comes a new novel based on a riveting true story of love and resilience. Her beauty saved her — and condemned her. Cilka is just sixteen years old when she is taken to Auschwitz-Birkenau Concentration Camp in 1942, where the commandant immediately notices how beautiful she is. Forcibly separated from the other women prisoners, Cilka learns quickly that power, even unwillingly taken, equals survival. When the war is over and the camp is liberated, freedom is not granted to Cilka: She is charged as a collaborator for sleeping with the enemy and sent to a Siberian prison camp. But did she really have a choice? And where do the lines of morality lie for Cilka, who was send to Auschwitz when she was still a child? In Siberia, Cilka faces challenges both new and horribly familiar, including the unwanted attention of the guards. But when she meets a kind female doctor, Cilka is taken under her wing and begins to tend to the ill in the camp, struggling to care for them under brutal conditions. Confronting death and terror daily, Cilka discovers a strength she never knew she had. And when she begins to tentatively form bonds and relationships in this harsh, new reality, Cilka finds that despite everything that has happened to her, there is room in her heart for love. From child to woman, from woman to healer, Cilka's journey illuminates the resilience of the human spirit—and the will we have to survive.

The Soul of Shame 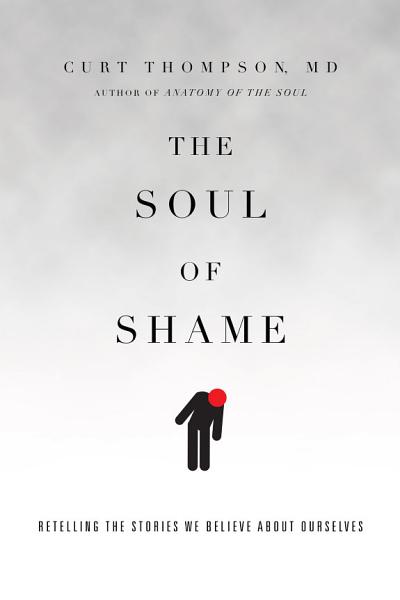 Whether we realize it or not, shame affects every aspect of our lives. But God is telling a different story. Curt Thompson unpacks the soul of shame, revealing its ubiquitous nature and neurobiological roots while providing the theological and practical tools necessary to dismantle shame. Embrace healing and wholeness as you find freedom from the negative messages that bind you.

What Did I Do Wrong? 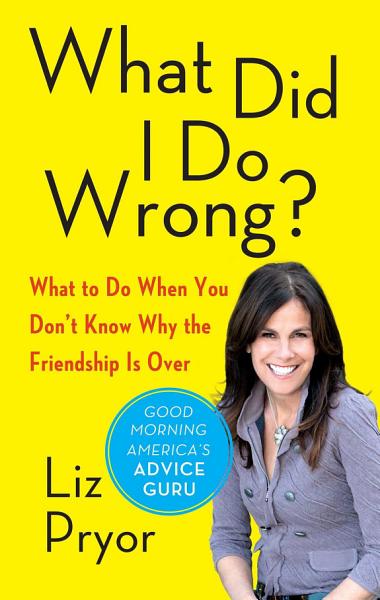 It happens without warning, and it hits you with devastating force. Your closest girlfriend, the Ethel to your Lucy, the Thelma to your Louise, cuts you off completely. No more late-night phone calls, no more afternoon e-mails, no more catch-up lunches and dinners. She has decided for whatever reason to move on with her life and has left you to figure it out on your own. The experience can be as painful and confusing as a sudden breakup with a significant other, and you replay scenes from the friendship and wonder what you did wrong. Until now, women had to endure the heartache of losing a friend all alone, without the social support and understanding that accompanies, say, a romantic split-up -- and to make matters worse, they don't even have their best friend's shoulder to cry on. But What Did I Do Wrong? gives you that sympathetic shoulder and a resource -- and some answers -- that you can rely on. After author Liz Pryor had gone through a number of these breakups herself, she set out to discover why they were happening, how to help herself -- and others -- get through them...and how to prevent them from happening again. Through personal interviews and her popular website, www.lizpryor.com, Pryor collected hundreds of stories of friendships with which you will identify. Now she draws on those stories to explore the dynamics of friendship breakups in a candid, intimate way, revealing the patterns, the warning signs, and some ways to put a friendship right or help it change to meet your or your friend's changing life. She also explains how to end a friendship -- if you find that you need to do so -- in ways that honor both parties' feelings and your history together. Like the best kind of girlfriend -- one who really will stay friends forever -- Pryor blends plain, old-fashioned, feminine good sense and good humor with genuine empathy for the thousands of women who live with the confusion that lingers after an ended friendship -- for women of all ages, races, and backgrounds. What Did I Do Wrong? validates your feelings and inspires you to be more forthright and compassionate with new and old friends. It might even lead you to reconnect with a lost one. In the end, you will be moved and uplifted by the many stories of strong friendships, broken friendships, and renewed friendships that make this book a treasure of women's wisdom and experiences. 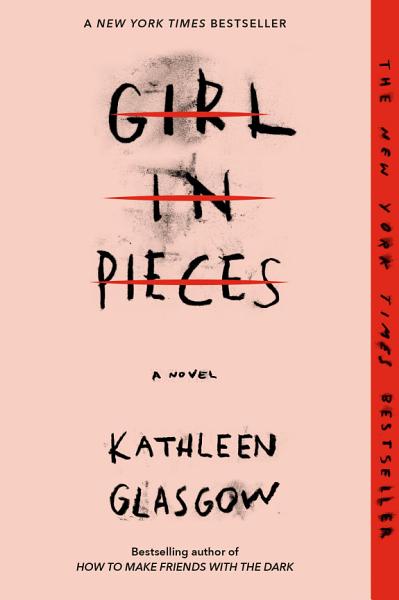 Fans of Girl, Interrupted, Thirteen Reasons Why, and All the Bright Places will love this New York Times bestseller. "A haunting, beautiful, and necessary book that will stay with you long after you've read the last page."—Nicola Yoon, #1 New York Times bestselling author of Everything, Everything and The Sun Is Also a Star Charlotte Davis is in pieces. At seventeen she’s already lost more than most people do in a lifetime. But she’s learned how to forget. The broken glass washes away the sorrow until there is nothing but calm. You don’t have to think about your father and the river. Your best friend, who is gone forever. Or your mother, who has nothing left to give you. Every new scar hardens Charlie’s heart just a little more, yet it still hurts so much. It hurts enough to not care anymore, which is sometimes what has to happen before you can find your way back from the edge. A deeply moving portrait of a girl in a world that owes her nothing, and has taken so much, and the journey she undergoes to put herself back together. Kathleen Glasgow's debut is heartbreakingly real and unflinchingly honest. It’s a story you won’t be able to look away from. “Girl, Interrupted meets Speak.”—Refinery29.com “A dark yet powerful read.”—Paste Magazine “One of the most affecting novels we have read.”—Goop.com “Breathtaking and beautifully written.”—Bustle “Intimate and gritty.”—The Irish Times And don’t miss Kathleen Glasgow's newest novel How to Make Friends with the Dark, which Karen M. McManus, the New York Times bestselling author of One of Us Is Lying, calls "rare and powerful."