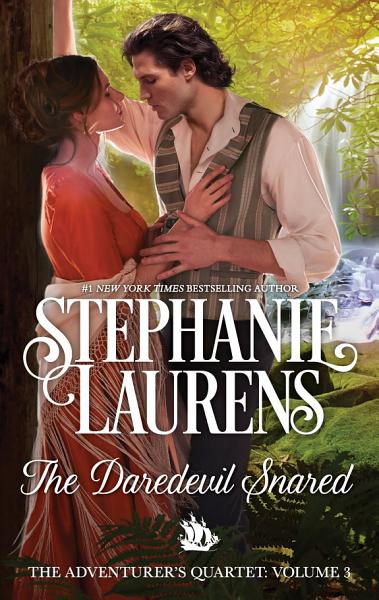 Responsibility knocks, and a reckless, hedonistic man responds and opens the door to love—thus is a daredevil snared. #1 New York Times bestselling author Stephanie Laurens brings you the third installment in THE ADVENTURERS QUARTET, continuing the drama of Regency-era high seas adventure, laced with a mystery shrouded in the heat of tropical jungles, and spiced with the passionate romances of four couples and their unexpected journeys into love. He has something to prove Captain Caleb Frobisher, hedonistic youngest son of a seafaring dynasty, wants to be taken seriously by his family, and understands he has to prove himself sufficiently reformed. When opportunity strikes, he seizes the next leg of the covert mission his brothers have been pursuing and sails to Freetown. His actions are decisive, and he completes the mission’s next stage—but responsibility, once exercised, has taken root, and he remains in the jungle to guard the captives whose rescue is the mission’s ultimate goal. She will risk everything Katherine Fortescue has fled the life of poverty her wastrel father had bequeathed her and come to Freetown as a governess, only to be kidnapped and put to work overseeing a child workforce at a mine. She and the other captured adults understand that their lives are limited by the life of the mine. Guarded by well-armed and well-trained mercenaries, the captives have been searching for some means of escape, but in vain. Then Katherine meets a handsome man—a captain—in the jungle, and he and his crew bring the sweet promise of rescue. Together they will face the future The sadistic mercenary captain who runs the mine has other ideas, but Caleb’s true strength lies in extracting advantage from adversity, and through the clashes that follow, he matures into the leader of men he was always destined to be. The sort of man Katherine can trust—with her body, with her life. With her love. The first voyage is one of exploration, the second one of discovery. The third journey brings maturity, while the fourth is a voyage of second chances. Continue the journey and follow the adventure, the mystery, and the romances to the dramatic end. Originally published in 2016 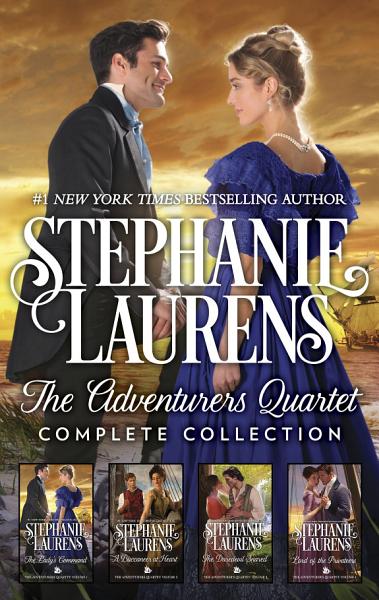 Stephanie Laurens, #1 New York Times bestselling author of the beloved Cynster novels, brings you THE ADVENTURERS QUARTET, a riveting blend of Regency-era high seas adventure, a mystery shrouded in the heat of tropical jungles, and the passionate romances of four couples and their unexpected journeys into love. Now together in one complete collection! The Lady’s Command Declan Frobisher, scion of a seafaring dynasty, is accustomed to getting his way. But his new bride, Lady Edwina Delbraith is unconventional and has a spine of steel. Bare weeks into their honeymoon, Declan is recruited to sail on a secret mission, and Edwina—naturally—declares she must accompany him. Facing unforeseen perils and unexpected enemies while battling to expose a dastardly scheme, Declan and Edwina discover that their tempestuous marriage demands something they both possess—bold and adventurous hearts. A Buccaneer at Heart When an urgent summons from the Crown arrives, Captain Robert Frobisher agrees to set sail for Freetown immediately. His covert mission is to locate a slavers’ camp and return to London with the information. Miss Aileen Hopkins is determined to find her brother, a naval lieutenant who has mysteriously disappeared, and she will not allow anyone to turn her from this dangerous path. Joining forces with Aileen, Robert vows to complete his task and secure the woman he wants as his wife. Compelled to protect the innocent and bring retribution to a heartless enemy, they plunge into the jungle with only each other to rely on, and the courage of their hearts as their guide. The Daredevil Snared Captain Caleb Frobisher, hedonistic youngest son of a seafaring dynasty, has something to prove. So he seizes the next leg of the covert mission his brothers are pursuing, and stays on to accomplish its ultimate goal. Katherine Fortescue fled a life of poverty and came to Freetown as a governess, only to be kidnapped and forced to oversee the child workforce at a mine. Guarded by mercenaries, the captives have lost all hope. Then Katherine meets Caleb—and he brings the sweet promise of rescue. Through the clashes that follow, he becomes the leader he was destined to be, and the sort of man Katherine can trust—with her body, with her life. With her love. Lord of the Privateers Royd Frobisher is set to execute the final stage of the rescue mission his brothers have begun. What he does not expect is to bring Isobel Carmichael, his childhood sweetheart, with him. Isobel has her own mission: to find and bring a young cousin safely home. Following a full-scale rescue-assault on the slavers’ compound deep in the jungle, Royd and Isobel discover that freeing the captives is only half the battle. To identify and convict the conspirators behind the illicit enterprise—and save England from political disaster—they must return to the ballrooms of the haut ton and hunt the villains on their home ground. But having found each other again, how much are Royd and Isobel willing to risk in the name of duty? Be swept away by all four stories in the THE ADVENTURERS QUARTET box set.

Lord of the Privateers 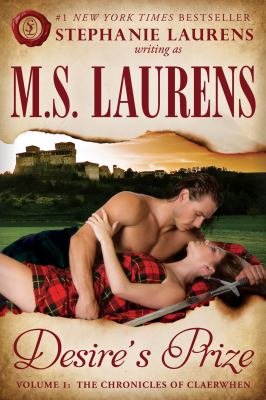 1347. Calais has finally fallen and Alaun de Montisfryth, first Earl of Montisfryn, powerful Marcher lord and companion of Edward III, is dispatched back to England with orders to secure the Welsh border. Halfway home, pride tempts Montisfryn to attend a tournament held by his family's old foes at Versallet Castle. Eloise de Versallet, the widowed Lady de Cannar, rules her father's castle with a tongue sharper than any sword. She has no great opinion of men in general and of knights in particular. Montisfryn and Eloise meet and sparks fly. He is intrigued. She is irritated. He is under royal edict to wed. An experienced lady, well-born, still young, and exceedingly well-endowed with both wealth and beauty, Eloise is a matrimonial prize beyond compare-and has vowed to remain unwed. Potent and powerful, will Montisfryn be able to breach her walls, storm her castle, and succeed where all others have failed? Or will Eloise, haughty and defiant to the last, prevail? The gauntlet is flung, the challenge accepted. And desire enters the fray.

Lord Of The Privateers (The Adventurers Quartet, Book 4) 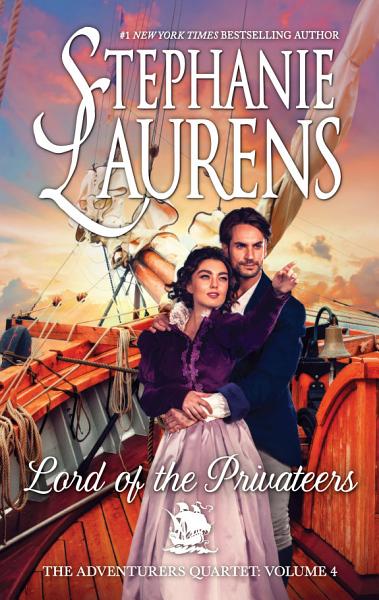 Can true love die? Or, neglected, does it lie dormant until the object of true desire is again within reach? Denied, does passion smolder, like embers waiting for the right conditions to flare into an all-consuming conflagration?

The Innocent and the Outlaw 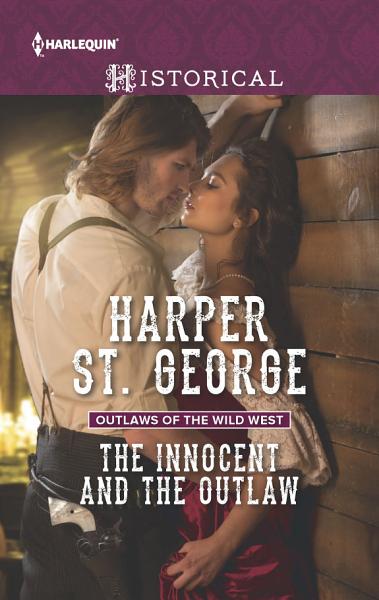 This man is dangerous in more ways than one… The stepdaughter of a bank robber, innocent barmaid Emmaline Drake knows Hunter Jameson is trouble the second he walks into her saloon. Though his gaze holds her captive, she vows to keep her distance. When Hunter kidnaps Emmaline to retaliate against her stepfather, she escapes to the brothel where she was born. In desperation, she auctions off her virginity… But when she looks out into the gathered crowd of men, there's only one she sees. Hunter has tracked her down and is about to place his bid for her…!

No Longer A Gentleman 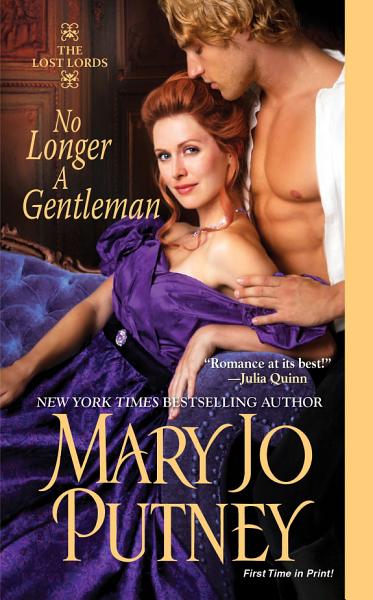 Grey Sommers, Lord Wyndham, never met a predicament he couldn't charm his way out of. Then a tryst with a government official's wife during a bit of casual espionage in France condemns him to a decade in a dungeon, leaving him a shadow of his former self. Yet his greatest challenge may be the enigmatic spy sent to free his body--the only woman who might heal his soul. Cassie Fox lost everything in the chaos of revolution, leaving only a determination to help destroy Napoleon's empire through her perilous calling. Rescuing Grey is merely one more mission. She hadn't counted on a man with the stark beauty of a ravaged angel, whose desperate courage and vulnerability thaw her frozen heart. But a spy and a lord are divided by an impassable gulf even if they manage to survive one last, terrifying mission. . .. Praise for Loving a Lost Lord "Intoxicating and not-to-be missed." --Romantic Times (4 1⁄2 Stars, Top Pick) "Rich with historical detail and multifaceted characters." - Publishers Weekly, starred review "Exquisitely and sensitively written." --Library Journal, starred review "Romance at its best!" --Julia Quinn 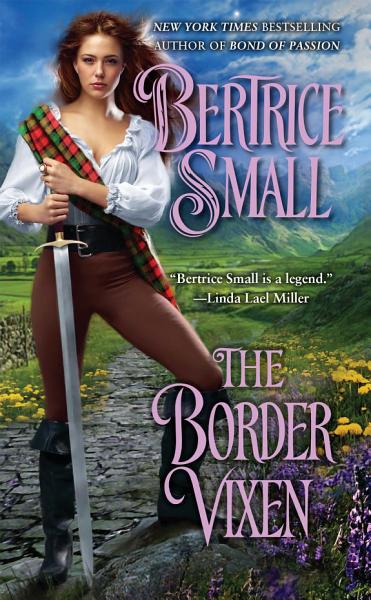 Aware of the covetous interest in his land, the laird of Brae Aisir announces that any man who can outfight his spitfire of a granddaughter will have her as a wife, along with her inheritance. It's a heated contest that inspires the passion of one man and the jealous wrath of another.

The Lady Risks All 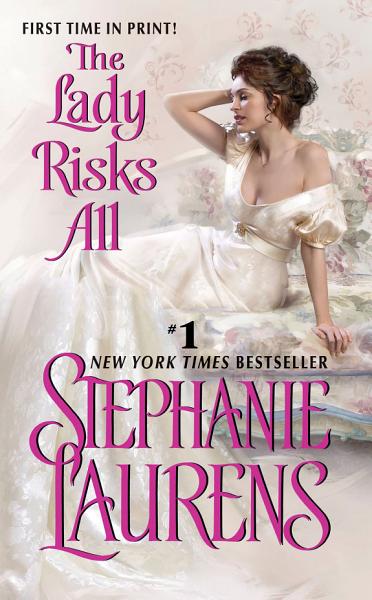 “Laurens’s books are always synonymous with sensuality and strong-willed heroes and heroines.” —Fresh Fiction The #1 New York Times bestselling author of The Capture of the Earl of Glencrae, romance fiction superstar Stephanie Laurens has done it again with this passionate tale of an oh-so-proper lady and the dangerous man for whom she throws caution to the wind. The Lady Risks All in this delightfully sexy and sensuous historical romance novel from the creator of the recklessly romantic Cynster family—Regency England’s most irrepressible clan of sexy rogues and ladies—as well as the acclaimed Bastion Club books. The notorious Neville Roscoe, who lives boldly outside the bounds of proper society, is one of Laurens’s most unforgettable heroes—and the story of his seduction of prim, straight-laced Miranda Clifford is filled with intrigue, danger, and passion that will thrill not only Stephanie Laurens fans, but devoted readers of Lisa Kleypas, Johanna Lindsey, and Mary Balogh as well. 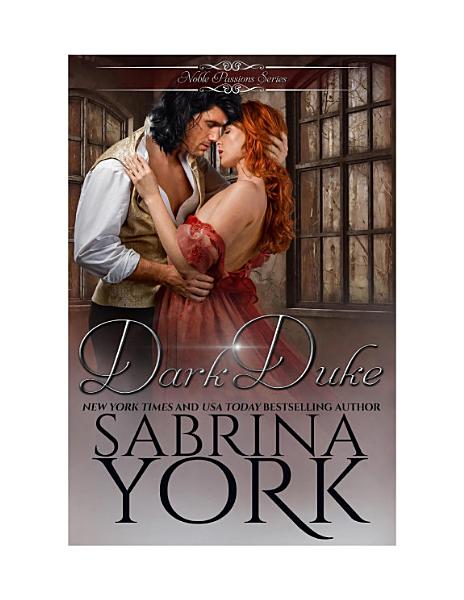 Edward Wyeth, the Dark Duke of Moncrieff’s life has been turned on its end. His well-ordered home has been invaded. By destitute relatives. From Scotland. How on earth can he write Lord Hedon's salacious novels with hellions battling in the garden and starting fires in the library? But with the onslaught has come a delicious diversion. His cousin's companion, the surprisingly intriguing Kaitlin MacAllister. He is determined to seduce her. Using her desperate need for funds and her talents as an artist, he convinces her to draw naughty pictures for his naughtier books...and he draws her into his decadent web. But Kaitlin has a secret. She's fled Scotland--and a very determined betrothed. When Edward's cousin is kidnapped and held in her stead, Kaitlin is honor-bound to return to her homeland and rescue her--much to Edward's chagrin. Because suddenly he can't bear the thought of Kaitlin marrying another man. He can't bear the thought of losing her at all. 2015 Passionate Plume Winner Check out all the stories in the Noble Passions Series: Dark Fancy, Book 1 Dark Duke, Book 2 Brigand, Book 3 Defiant, Book 4 Folly, Book 5