The Journals Of Dylan Klebold And Eric Harris

The Journals of Dylan Klebold and Eric Harris

This 210 paged book contains both journals written by Dylan Klebold and Eric Harris along with a side by side transcript for easier reading. Both journals span two years leading up to what became America's worst high school shooting in U.S. history of its time. When both teenagers went on a shooting spree at Columbine High School in Littleton, Colorado, killing 13 people and wounding more than 20 others before turning their guns on themselves and committing suicide.Contained in these journals are their plans of how they envisioned killing as many as 500 students, before going on to attack neighbouring homes. As well was as an eerie plan to hijack a jet and crash it in New York. Also included are some of Eric's internet writing and the infamous 'Basement tapes' transcripts partly recorded 30 minutes before their terrible killing spree. 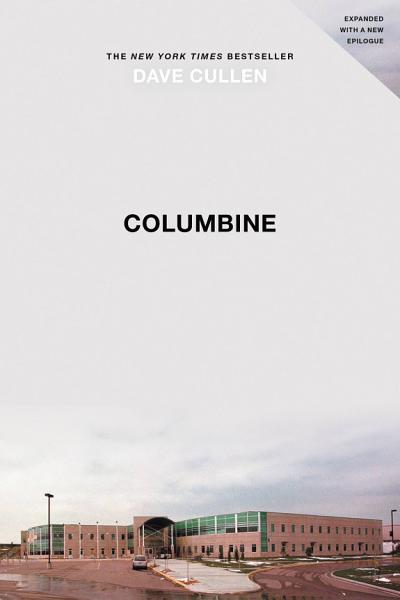 Ten years in the works, a masterpiece of reportage, this is the definitive account of the Columbine massacre, its aftermath, and its significance, from the acclaimed journalist who followed the story from the outset. "The tragedies keep coming. As we reel from the latest horror . . ." So begins a new epilogue, illustrating how Columbine became the template for nearly two decades of "spectacle murders." It is a false script, seized upon by a generation of new killers. In the wake of Newtown, Aurora, and Virginia Tech, the imperative to understand the crime that sparked this plague grows more urgent every year. What really happened April 20, 1999? The horror left an indelible stamp on the American psyche, but most of what we "know" is wrong. It wasn't about jocks, Goths, or the Trench Coat Mafia. Dave Cullen was one of the first reporters on scene, and spent ten years on this book-widely recognized as the definitive account. With a keen investigative eye and psychological acumen, he draws on mountains of evidence, insight from the world's leading forensic psychologists, and the killers' own words and drawings-several reproduced in a new appendix. Cullen paints raw portraits of two polar opposite killers. They contrast starkly with the flashes of resilience and redemption among the survivors. Expanded with a New Epilogue 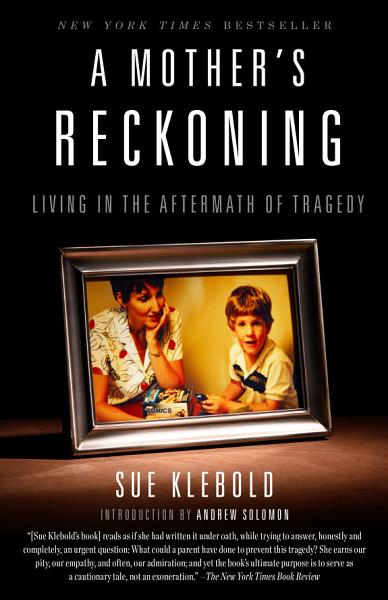 The acclaimed New York Times bestseller by Sue Klebold, mother of one of the Columbine shooters, about living in the aftermath of Columbine. On April 20, 1999, Eric Harris and Dylan Klebold walked into Columbine High School in Littleton, Colorado. Over the course of minutes, they would kill twelve students and a teacher and wound twenty-four others before taking their own lives. For the last sixteen years, Sue Klebold, Dylan’s mother, has lived with the indescribable grief and shame of that day. How could her child, the promising young man she had loved and raised, be responsible for such horror? And how, as his mother, had she not known something was wrong? Were there subtle signs she had missed? What, if anything, could she have done differently? These are questions that Klebold has grappled with every day since the Columbine tragedy. In A Mother’s Reckoning, she chronicles with unflinching honesty her journey as a mother trying to come to terms with the incomprehensible. In the hope that the insights and understanding she has gained may help other families recognize when a child is in distress, she tells her story in full, drawing upon her personal journals, the videos and writings that Dylan left behind, and on countless interviews with mental health experts. Filled with hard-won wisdom and compassion, A Mother’s Reckoning is a powerful and haunting book that sheds light on one of the most pressing issues of our time. And with fresh wounds from the Newtown and Charleston shootings, never has the need for understanding been more urgent. All author profits from the book will be donated to research and to charitable organizations focusing on mental health issues. — Washington Post, Best Memoirs of 2016 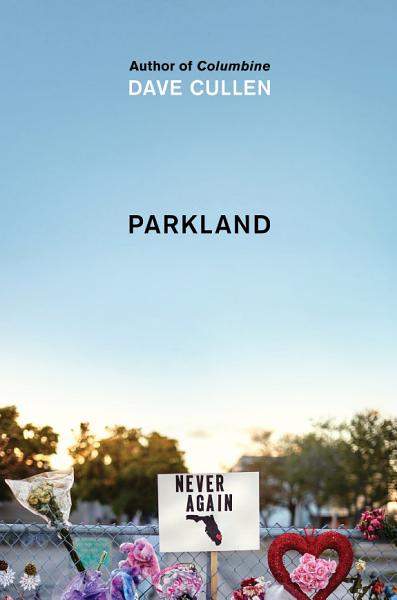 A NEW YORK TIMES BESTSELLER On the first anniversary of the events at Parkland, the acclaimed, New York Times bestselling author of Columbine offers an intimate, deeply moving account of the extraordinary teenage survivors who became activists and pushed back against the NRA and feckless Congressional leaders—inspiring millions of Americans to join their grassroots #neveragain movement. Nineteen years ago, Dave Cullen was among the first to arrive at Columbine High, even before most of the SWAT teams went in. While writing his acclaimed account of the tragedy, he suffered two bouts of secondary PTSD. He covered all the later tragedies from a distance, working with a cadre of experts cultivated from academia and the FBI, but swore he would never return to the scene of a ghastly crime. But in March 2018, Cullen went to Marjory Stoneman Douglas High School because something radically different was happening. In nearly twenty years witnessing the mass shootings epidemic escalate, he was stunned and awed by the courage, anger, and conviction of the high school’s students. Refusing to allow adults and the media to shape their story, these remarkable adolescents took control, using their grief as a catalyst for change, transforming tragedy into a movement of astonishing hope that has galvanized a nation. Cullen unfolds the story of Parkland through the voices of key participants whose diverse personalities and outlooks comprise every facet of the movement. Instead of taking us into the minds of the killer, he takes us into the hearts of the Douglas students as they cope with the common concerns of high school students everywhere—awaiting college acceptance letters, studying for mid-term exams, competing against their athletic rivals, putting together the yearbook, staging the musical Spring Awakening, enjoying prom and graduation—while moving forward from a horrific event that has altered them forever. Deeply researched and beautifully told, Parkland is an in-depth examination of this pivotal moment in American culture—and an up-close portrait that reveals what these extraordinary young people are like as kids. As it celebrates the passion of these astonishing students who are making history, this spellbinding book is an inspiring call to action for lasting change. 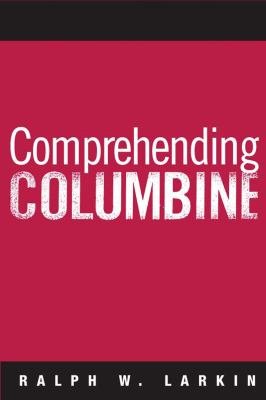 The definitive book on the school massacre that shocked a nation.

No Easy Answers: The Truth Behind Death at Columbine

The author, a friend of both Dylan Klebold and Eric Harris, describes the events surrounding the shootings at Columbine High School. 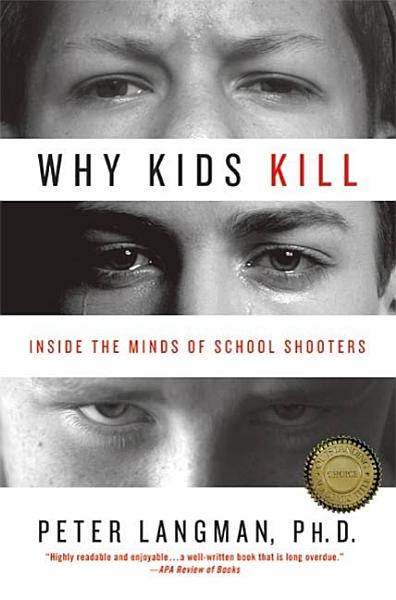 Ten years after the school massacre at Columbine High School in Colorado, school shootings are a new and alarming epidemic. While sociologists have attributed the trigger of violence to peer pressure, such as bullying and social isolation, prominent psychologist Peter Langman, argues here that psychological causes are responsible. Drawing on 20 years of clinical experience, Langman offers surprising reasons for why some teens become violent. Langman divides shooters into three categories, and he discusses the role of personality, trauma, and psychosis among school shooters. From examining the material evidence of notorious school shooters at Columbine and Virginia Tech to addressing the mental states of the violent youths he treats, Langman shows how to identify early signs of homicide-prone youth and what preventive measures educators, parents and communities can take to protect themselves from the tragedy. 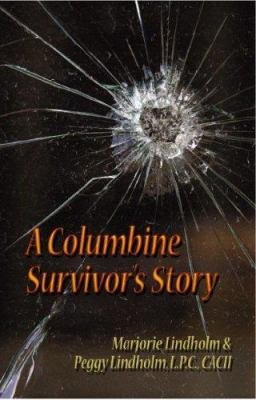 Marjorie Lindholm was a sophomore at Columbine High School. In early April, 1999 she was a cheerleader with big plans. On April 20, 1999, she spent over four hours in a science room during the deadliest siege on an American school in recent history. She watched as her favorite teacher slowly bled to death. She saw her life flash before her eyes. It changed her life. This is her story. 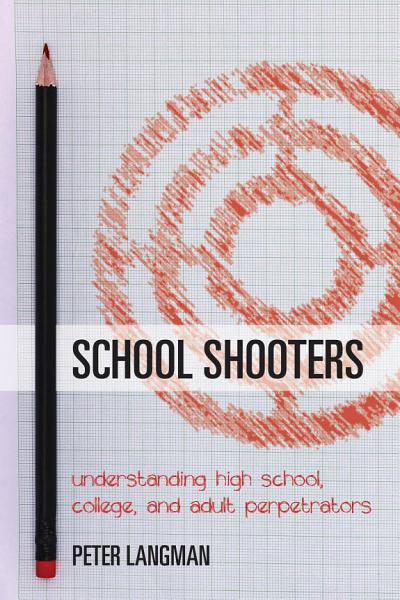 School shootings scare everyone, even those not immediately affected. They make national and international news. They make parents afraid to send their children off to school. But they also lead to generalizations about those who perpetrate them. Most assumptions about the perpetrators are wrong and many of the warning signs are missed until it’s too late. Here, Peter Langman takes a look at 48 national and international cases of school shootings in order to dispel the myths, explore the motives, and expose the realities of preventing school shootings from happening in the future, including identifying at risk individuals and helping them to seek help before it’s too late.

Evidence Ignored: What You May Not Know About Columbine

Evidence Ignored presents an unfiltered account of the events that led to the tragedy at Columbine High School. Despite the mountain of police reports, journal writings, video and audio transcripts that have been released, the general public knows only what has been presented to them; information distilled by a variety of law enforcement officials and journalists. No understanding of this senseless attack can be gained if we ignore vital pieces of information. Evidence Ignored seeks to set the record straight, outlining all that is known about Eric Harris and Dylan Klebold in hopes that it will help to open a dialogue of how we, as a society, can better recognize at-risk kids and step in before we face yet another Columbine.