Free The Red Bandanna eBooks Read Online or Download Full The Red Bandanna Textbook PDF, EPUB, Tuebl and Mobi. Get best books in our Library by click download or read online button. We cannot guarantee that every books is in the library! 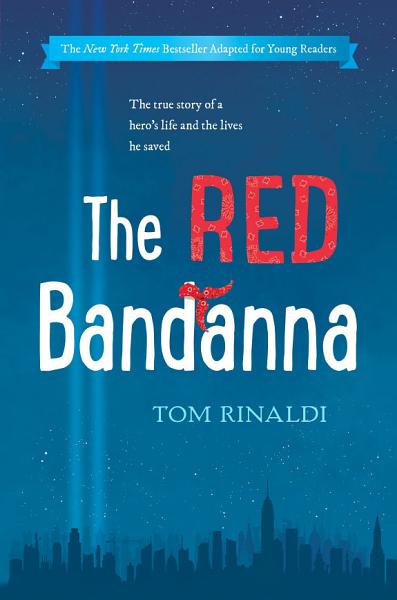 Winner of the Christopher Award An ILA-CBC Children’s Choices Book A NCSS-CBC Notable Social Studies Book Welles Crowther did not see himself as hero. He was just an ordinary kid who played sports, volunteered at his local fire department, and eventually headed off to college and then Wall Street to start a career. Throughout it all, he always kept a red bandanna in his pocket, a gift from his father. On September 11, 2001, Welles was working on the 104th floor of the South Tower of the World Trade Center when the Twin Towers were attacked. That day, Welles made a fearless choice, and in doing so, saved many lives. The survivors didn’t know his name, but one of them remembered a single detail clearly: the man was wearing a red bandanna. Welles Crowther was a hero. Award-winning ESPN reporter Tom Rinaldi brings Welles's inspirational story of selflessness and compassion to life in this accessible young readers’ adaptation of his New York Times bestselling book. This powerful story of making a difference through our actions is perfect for helping the post-9/11 generation understand the meaning of this historic day through the eyes of one young man. “Rinaldi’s young reader edition of his award-winning adult story puts a face on that day (9/11), a hero’s face, and brings to young people someone who stood brave in the toughest of times and who, in the end, was lost doing his best to help others survive.”—VOYA

The Man in the Red Bandanna

When Welles Crowther was a young boy, his father gave him a red bandanna, which he always carried with him. On September 11, 2001, Welles Remy Crowther saved numerous people from the upper floors of the World Trade Center South Tower. "The Man in the Red Bandanna" recounts and celebrates his heroism on that day. Welles' story carries an inspirational message that will resonate with adults as well as young children. 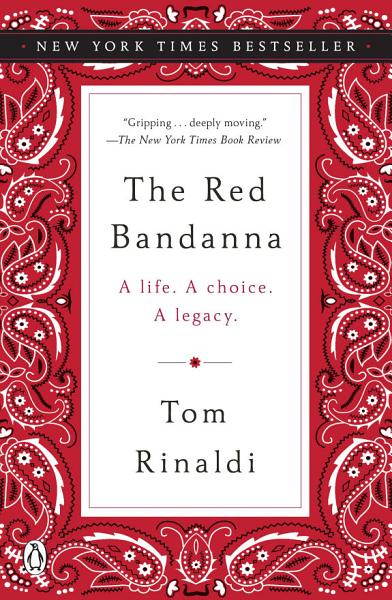 A New York Times bestseller What would you do in the last hour of your life? The story of Welles Crowther, whose actions on 9/11 offer a lasting lesson on character, calling and courage One Sunday morning before church, when Welles Crowther was a young boy, his father gave him a red handkerchief for his back pocket. Welles kept it with him that day, and just about every day to come; it became a fixture and his signature. A standout athlete growing up in Upper Nyack, NY, Welles was also a volunteer at the local fire department, along with his father. He cherished the necessity and the camaraderie, the meaning of the role. Fresh from college, he took a Wall Street job on the 104th floor of the South Tower of the World Trade Center, but the dream of becoming a firefighter with the FDNY remained. When the Twin Towers fell, Welles’s parents had no idea what happened to him. In the unbearable days that followed, they came to accept that he would never come home. But the mystery of his final hours persisted. Eight months after the attacks, however, Welles’s mother read a news account from several survivors, badly hurt on the 78th floor of the South Tower, who said they and others had been led to safety by a stranger, carrying a woman on his back, down nearly twenty flights of stairs. After leading them down, the young man turned around. “I’m going back up,” was all he said. The survivors didn’t know his name, but despite the smoke and panic, one of them remembered a single detail clearly: the man was wearing a red bandanna. Tom Rinaldi’s The Red Bandanna is about a fearless choice, about a crucible of terror and the indomitable spirit to answer it. Examining one decision in the gravest situation, it celebrates the difference one life can make.

Go on a healing journey... Joanne Socha teaches you how to pack up your troubles and leave them on the tarmac. The Red Bandanna Travel Book: The Medicine of Traveling guides you through the backstory of your travel yearnings and inhibitions. By sharing the method she uses with her treasured clients, Joanne will inspire you to race down the runway on an exhilarating chase after your long-held travel dreams. Joanne reveals the trials and triumphs along her own path, which serves as a testament to the invigorating, therapeutic powers of travel. 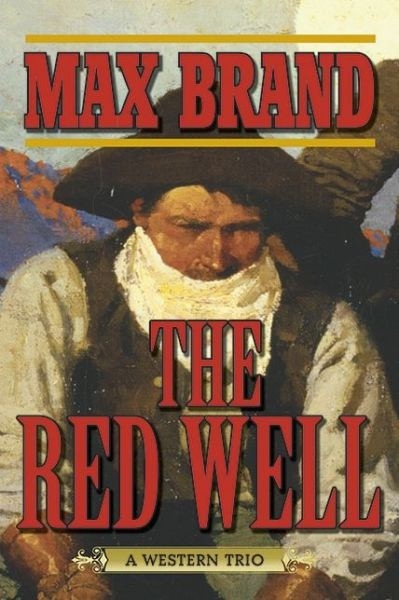 As America's great cattle drives wound down in the late 1800s, Dumont Griffin rode beyond the myth he helped to create and built a ranch. A century later, his granddaughter, Margie, retraces his journey to Ekalaka, Montana, the town at the end of the trail, in search of her family's roots. As she records her own adventure through the modern landscape, she unearths the stories of the old West. Through Margie's eyes, we meet Olive, the abiding ranch wife who raises eight children on the windswept prairie, and Nibs, the rawboned uncle in a buffalo hide coat who nurtures his nephews with tall tales. Of seven sons set adrift in the worst of times, teenaged Ted joins two older brothers as they try to outrun the Great Depression in a boxcar headed east. Pat wrangles his dream of running a Colorado ranch, only to struggle through one of the worst winters on record, while scholarly Bobby, the youngest son, is left to cope alone in an isolated farmhouse. This memorable true story of hardship on the High Plains captures one family's resilience, beginning with a slow waltz of courtship at a community dance, and ending with a boot-stomping sing-along at a family reunion. Wearing the Red Bandanna is the memoir of three generations of a western family inspired by the affectionate relationship of a young daughter and her storytelling father. 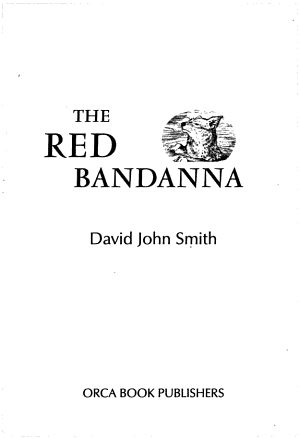 Newly arrived in the Cariboo Region of British Columbia, eleven-year-old Jake Grant develops an unusual friendship with a coyote and her new puppies, but he soon learns that some people don't approve of wild animals in the neighborhood. 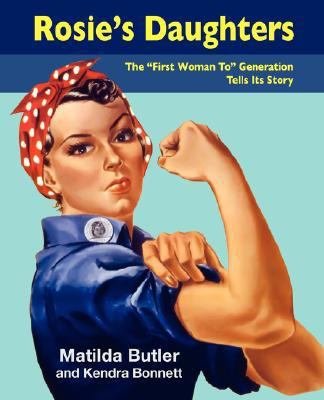 In Rosie's Daughters, Matilda Butler and Kendra Bonnett have written an inspiring collective memoir of the generation of women who excelled at “firsts.” These women, born during World War II, were shaped by and then helped to shape the American historic, economic, political and socio-cultural landscape. They were the pioneers who charted the paths for the Boomer generation. From the vantage point of their sixties, they share their experiences and insights with their own and younger generations.The figurative mother of this generation, Rosie the Riveter, is a mythic figure in our culture, with good reason—she built ships, flew bombers and filled thousands of other essential wartime jobs, upending traditional views of “women's work.” When the war was over, however, American industry thanked Rosie and sent her home.Rosie, who had known the economic dislocations of The Depression and the employment and service opportunities of the war period, raised her daughters with a mixed message – stay home as wife and mother – be prepared “in case.” Rosie's Daughters grew up and flung wide the doors of employment opportunity that Rosie had unlocked. These women can claim more career “firsts” and greater socio-cultural change than any previous generation.Their stories, recounted in Rosie's Daughters, show how the post-war education boom, the sexual revolution and the Pill, civil rights and gender equality, the Vietnam War, NOW and consciousness raising, Roe v. Wade, no-fault divorce and other momentous events influenced their lives and shaped their remarkable journeys. The book is a unique combination of personal stories, research, history, photography and the authors' reflections, engagingly written and beautifully presented. This is social history without the turgid prose, a compilation of interviews without the annoying interruption of flow—even a motivational book without the saccharine—in the appealing voice of perceptive authors.Rosie's Daughters will make you laugh and occasionally cry as you read the personal struggles and achievements of this remarkable generation of women who continue to influence our world. Learn from the lessons of their lives as you shape your future. 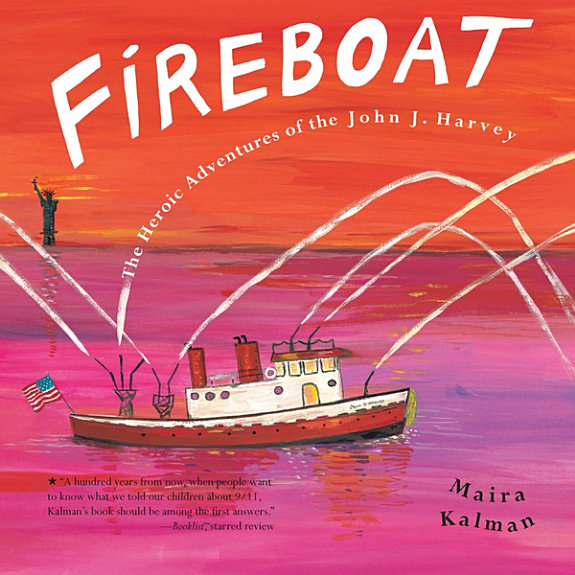 A portion of the proceeds from Fireboat: The Heroic Adventures of the John J. Harvey will be donated to the Twin Towers Orphan Fund. For more information or to make a donation, please visit http://www.ttof.org. This is the inspiring true story of the John J. Harvey—a retired New York City fireboat reinstated on September 11, 2001. Originally launched in 1931, the Harvey was the most powerful fireboat of her time. After the September 11 attacks, with fire hydrants at Ground Zero inoperable and the Hudson River's water supply critical to fighting the blaze, the fire department called on the Harvey for help. There were adjustments—forcing water into hoses by jamming soda bottles and wood into nozzles with a sledgehammer—and then the fireboat's volunteer crew pumped much-needed water to the disaster site. The John J. Harvey proved she was still one of New York's Bravest! Maira Kalman brings a New York City icon to life, celebrating the energy, vitality and hope of a place and its people.

Saved by the Boats 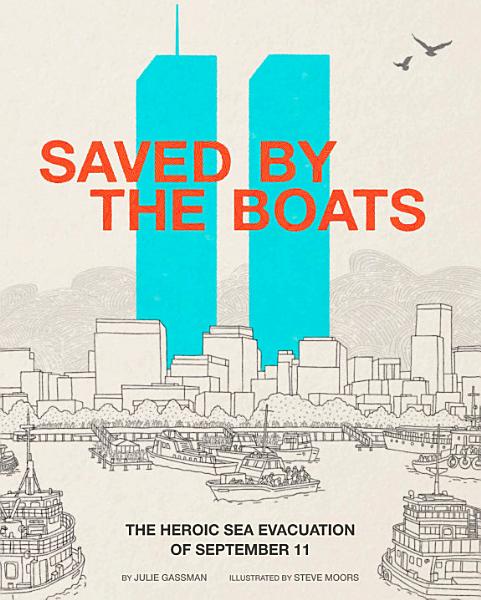 "Presents the heroic sea evacuation of September 11, 2001 with narrative text and vivid illustrations"--